I’ve had the opportunity to to use countless wireless chargers and a vast majority of them are basically the same sort of thing, but the folks over at iOttie have come out with a wireless charger that not only ticks all the boxes as far as features, but design wise it looks very different from what’s currently on the market. And after using this guy for about the last week, I’ve come to the conclusion that this now my new favorite wireless charger for my smartphone I’ll go over all of the important stuff in just a second, but if you’d like to pick one of these up for yourself, I’ll have some links down below in the video description for you guys to check out. As far as the price and some color options, it comes in at around $50 bucks which is in par with the Mophie and Belkin charges, and you can pick one up right now in ruby, ash or ivory.

This wireless charger has a few things in particular that I think make it stand out which I’ll talk about in a second, but as far as what all comes inside the package here, you obviously get the charging pad itself, this one is in that ash color scheme, there’s a USB-C to USB-A cable for plugging it in, and a dedicated wall adapter. As far as the power output, you’re going to be able to charge at 7.5w for iOS device which is currently the fastest wireless charging capability from Apple, and 10w for something like an S9 and other Qualcomm 3 devices.

The charging pad itself has a really unique look to it and it’s covered in that canvas material with a rubber circle up top to ensure your device doesn’t slip off. There’s 4 rubber feet on the bottom to keep it secure on any surface, and around back you’ll find 2 inputs. The 18w USB-c power input and an additional standard USB port which you can use to charge a second device simultaneously at 5 watts or just charge a single device at 12 watts. And up front you’ve just got some logos and a small led indicator.

I think with something like this, it’s a really a love it or hate it design. Personally I really like it simply because it doesn’t necessarily look like a wireless charger at least at first glance. It’s really unique, it has a very interesting design and something that stands out on a table or desk rather than simple blending in to the background. Size wise, you can see it’s just a bit smaller than an iPhone X which means if you have something like an iPhone 8 Plus it may look a little awkward sitting on top of it, but you won’t have any issues as far as charging and with the rubber circle it won’t fall off either. I think the one thing people might not necessarily enjoy is how it sets your phone about half an inch in the air rather than having something super slim, but again you’re getting a dual purpose charger here with that extra USB port and I’ll definitely let it be a little bulky since it’s certainly serving a purpose.

Like I mentioned earlier, with IOS devices in particular, this is one of the few wireless chargers that garuntees you’re getting the fastest possible wireless charging speeds at 7.5w. The only other couple of wireless charges that advertise that are the Belkin and mophie ones that Apple sells directly from their store, so it’s really nice to get another option here.

All in all, I will say that for 50 bucks this is definitely not your off brand amazon Qi charger. Yes there are a million of those that you can find for like 10 bucks, but you aren’t getting the fastest charging speeds on both iOS and Android, you aren’t going to get an additional USB port that could potentially charge an iPad if you need it to, and you probably aren’t going to get something that looks as nice or is of the high quality that iOttie offers here with this. And for all those reasons, this guy will absolutely be my primary wireless charger for the foreseeable future and I am more than happy with it. 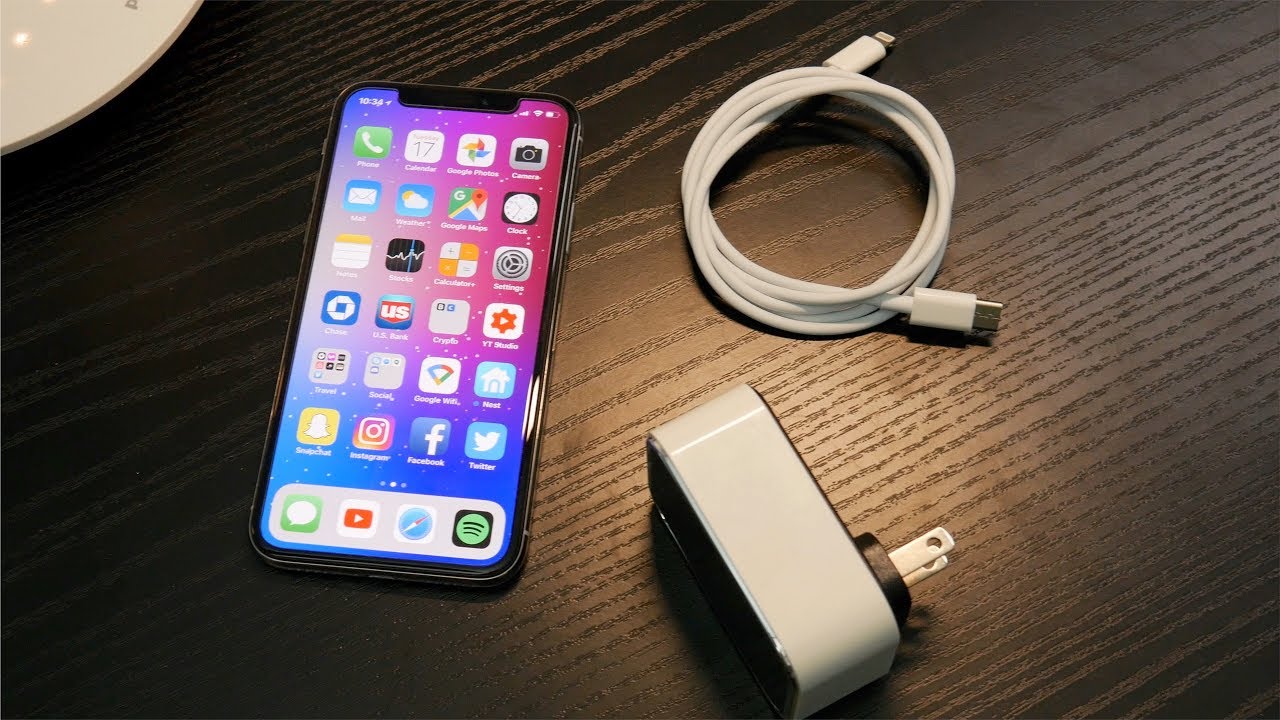 The Cheapest Way To FAST Charge Your iPhone!