We are checking out the Amplifi HD mesh WiFi system. Now if you’ve been a subscriber for a while, you know I’ve reviewed a couple mesh Wifi products before. I praised Google WiFi when it came out and have been using that in my house ever since, I checked out the Tenda Nova WiFi system which was the least expensive mesh WiFi on the market and it also worked really well, but as far as performance and features and value, this Amplifi HD system is in my opinion the best of the best and really it’s going to replace my Google WiFi setup because it’s just that good.

The Amplifi router is made by Ubiquiti networks who manufactures a ton of different professional networking products that are sort of out of the realm of the average consumer, but they ventured into the consumer space with this and they ended up making a product that has a nice balance of professional features coupled with really straightforward setup, solid hardware and an excellent app to go along with everything.

I’ll of course dive into all of the specs and features  in just a second, but of course if you want to learn more or pick one up for yourself, I’ll leave all the links down below in the video description.

The unboxing experience alone was obviously super nice and inside the package you get a number of different things. First is the AmplifiHD Mesh Router, it’s pretty unique and I’ll talk about that in a second, but since it is technically a router by itself, you can just purchase this if you don’t need the entire mesh setup.

With this kit you also get 2 Amplifi HD mesh points, and if you’re familiar with how mesh networks work, you’ll know that these are the extra WiFi points you’ll spread around your house or office space to extend the range and connection strength of your WiFi. These mesh points are basically big plug-in adjustable antennas and with these 3 units combined you’ll be able to cover up to 20,000 square feet of space

Inside the box you’ll also find some documentation including a QuickStart guide and an extra Ethernet cable, and there’s also 1 USB C power cable that you’ll only need for the main WiFi router since the mesh points plug directly into the wall.

If you’re even vaguely familiar with setting up an internet and WiFi connection at home, you’ll be able to get this system up and running quickly and easily. Around back on the main router, you’ll find the single WAN port hi lighted in blue that connects the router to your cable modem via the included Ethernet cable, you’ll also notice there are 4 additional gigabit LAN ports for any other wired connections you might need along with a USB port,

Now what’s really nice about the router is it has a small touch screen on the front that’ll guide you through setup and first prompts you to download the Amplifi App from the App Store or Google Play Store. Via Bluetooth, your phone will find the Amplifi Router and really all that’s required for setup is creating the network name and password, and from there, the app and router do all the rest of the work automatically. After like 30 seconds, the network is created and setup and ready to go and you can see the status of your connection right there on the app. Of course we’ll add the mesh WiFi points shortly, but first I want to talk about the router itself because this is seriously the nicest and most practical router I think I’ve ever come across.

The small touchscreen displays allows you to quickly view all of the information about your network, so you can see upload and download usage, IP addresses, check current speeds, an overview of the ports in use, and the main screen is the time and date so really I don’t even mind having the router out in plain site in my office.

Of course there’s also a ton of features inside the app and naturally the first thing I did was perform a speed test and compare it to what I normally get with Google WiFi. Obviously you’re only going to get up to the advertised speeds you pay for from your ISP, the tough part though is actually achieving those advertised speeds especially over WiFi. With Amplifi, I could get 10-20% better speeds up and down than what I was getting on Google WiFi and l this really surprised me. My advertised speeds from my ISP are 10 up and 100 down, with Google WiFi I could get 60 or 65 down, but with Amplifi after a few more tests, I was reaching 80 down, so certainly a noticeable improvement.

The app is also where you can configure your guest network settings if you’d like to set that up, you can view all the currently connected devices on your network and also view their usage, there’s diagnostic tests for when something goes wrong, though in my experience I never had any connection or configuration issues, and there’s also a couple settings for the router’s touchscreen display.

Of course the whole reason you’d buy this setup is for the mesh network and additional WiFi points to extend your network range and eliminate any dead spots you might have, and adding the additional mesh points is a 1 step process, you plug them into the wall and that’s it. There’s no setup, no qr codes to scan, it can’t get any easier. After a few seconds the little led indicator lights will remain solid and you’ll be able to check the status of the WiFi point in the app. If for whatever reason you feel the need to adjust the antenna or point it in a certain direction you can do that, it’s connected via a big ball magnet and don’t need to worry about it breaking off because it’s totally removable too which is kind of cool. For me, I put 1 point in my kitchen and another in a different bedroom all the way across my house, but like I mentioned the 3 pieces of hardware you get here will cover 20,000 square feet which is probably way beyond what most people even need.

The app of course allows you to check up on the various WiFi points and see the status of each of them and you can make some adjustments if you need to, and the app also allows you to see the total usage of your network in real time too, so if you have like certain ISP limitations or caps, you can always see what’s going on.

So a couple other things I want to mention. If you aren’t a fan of the plug in antenna mesh WiFi points, you can also buy multiple Amplifi routers and create a mesh network that way, it’s a little more expensive but if you want these cool routers scattered around the office instead, you have that option.

All of the various 802.11 WiFi standards are supported at various speeds, and a wired connection can support up to 1750mpbs, obviously you get WPA2-PSK security and using the Amplifi Web Controller tool, you can actually draw a floor plan of your house, choose the building materials and you’ll see how you can setup the most optimal network given your unique space. So as far as specs and features and all that Jazz, there isn’t anything that this system lacks at all.

Like I mentioned at the start of this video, with the attractive router and the plug and play mesh points and the really solid app and the fact that for whatever reason I can get better speeds from this than Google WiFi, this will be my new mesh network hardware and over the last few days of using it I have absolutely no complaints. If you’re in the market for a mesh network, if you’d like more consistent coverage across a big home or office space, the Amplifi system is one of the best out there right now. 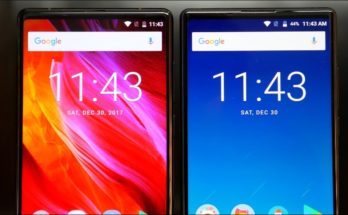 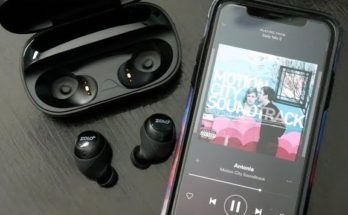 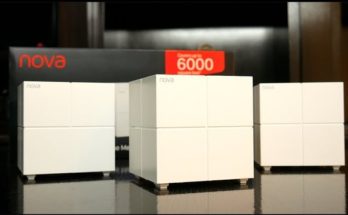